PERFECT FOR YOUR G SCALE LAYOUT FOR MOUNTAIN SCENES, BY RIVERS, IN A CIRCUS, IN A ZOO, IN GRASSLANDS, IN A RAINFOREST SCENE, IN AN AFRICAN SCENE, ETC…

An elephant herd often consists of ten to twelve animals and is led by an experienced female.
Elephants are known as being thick skinned. However, their skin is so sensitive, they can even get sunburned. That is why elephants often throw several layers of mud on themselves. This pleasant “cooling pack” also combats the scorching heat. While elephants cannot hear any better than other animals with their huge ears, they help them to cope with the African heat. When they fan with their ears, the blood cools down and provides them with refreshment. 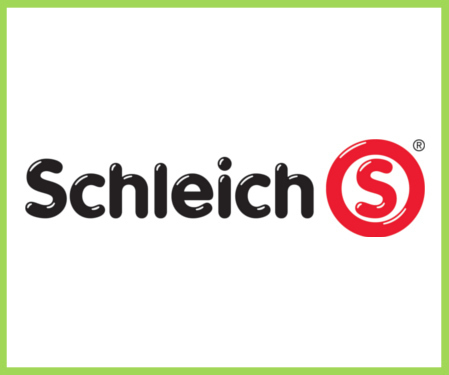 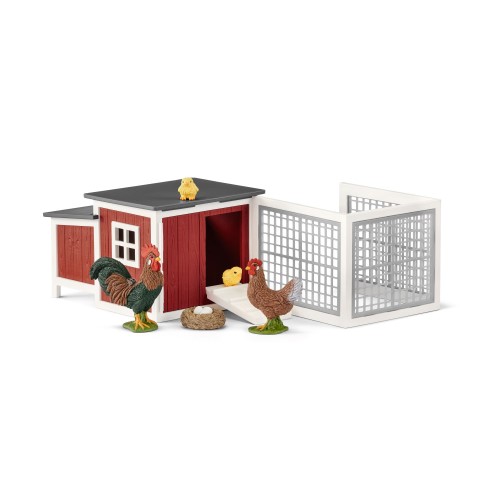 This set includes 1 x chicken coop, 1 x enclosure, 1 x rooster, 1 x hen, 2 x chicks, 1 x nest, 1 x eggs. The coop itself has a moveable door and detachable roof!  It would be a perfect addition to your farmhouse or barn to complete your farm scene.

Most of these items are the perfect size for your g-scale layout. Schleich is a german made product and made of good quality.  They can withstand some outdoor weather.  These items are good for an indoor/outdoor layout. If you are interested in a Schleich item but don’t see it on our website, please ask us. We have many discontinued items in stock that are not on our website.

“Whenever kids come to visit the farm, they are allowed to go to the hens’ coop to feed the hens. Sometimes they also have to clean out and put in new hay. When all the chickens eat, it is a good opportunity to get the fresh eggs from the nests. Those are then for breakfast.”

“Right at the crack of dawn, the cockerel hops up onto the roof of the chicken coop and crows. As the first rays of sunlight appear, the hen comes out too. She starts to scrape at the ground and peck for seeds, when cheeping noises can be heard from the coop. The roof is folded open to reveal the wonderful secret hidden inside: chicks have hatched from the eggs!”